Nalena Kennett is a project manager within Enterprise Operations, Finance and Sustainability (EOFS), in Boeing South Carolina (BSC). She has worked at Boeing for 15 years. Kennett shares her story as part of a series commemorating Native American Heritage Month, which Boeing is celebrating this November.

I grew up in a rural town on the Osage Reservation in Oklahoma. Blink and you’d miss it.

My father was an oil well worker. I remember watching an old episode of the Beverly Hillbillies discovering oil. I said, “Dad, we’re pumping out oil, so we’re rich like the Beverly Hillbillies, right?” He said, “No. All oil belongs to the Osage Indians. You’re on Indian land. Remember that.” My parents were very proud of their heritage and very staunch supporters of the Native community.

Back then, there was a lot of unfair discrimination toward the Native culture. I can’t tell you how many times I’d hear “drunken Indian” and “worthless Indian.” My family chalked it up to racism and bigotry.

For me, it was hurtful and cruel. I wanted to prove them wrong. Native Americans don’t still live in teepees and ride horses around it — that was a myth people had in their heads.

After attending college and attaining her master’s in business, Kennett worked as an assistant manager at a department store and as an accountant for an online business. She was hungry for a new challenge, and in 2005, moved to Florida where she was hired as a contractor for Boeing’s Space Shuttle Operations Orbiter team at the Kennedy Space Center. Four months later, she was hired full-time as a technical analyst.

I joined Boeing after the Space Shuttle Columbia accident in 2003. We created a database to keep records of every shuttle modification and technical report we had made.

I was leading the database and checking for any gaps in our records — I had four months to get everything in order before Space Shuttle Discovery launched, the first shuttle to launch since Columbia. We needed to assure the public and NASA that the orbiters were safe to return to service.

The day of the shuttle launch, you could see the launch pad, the crowds cheering, the bright lights. I heard the countdown get to 15 seconds and my heart was pounding. I held my breath as the shuttle took off. 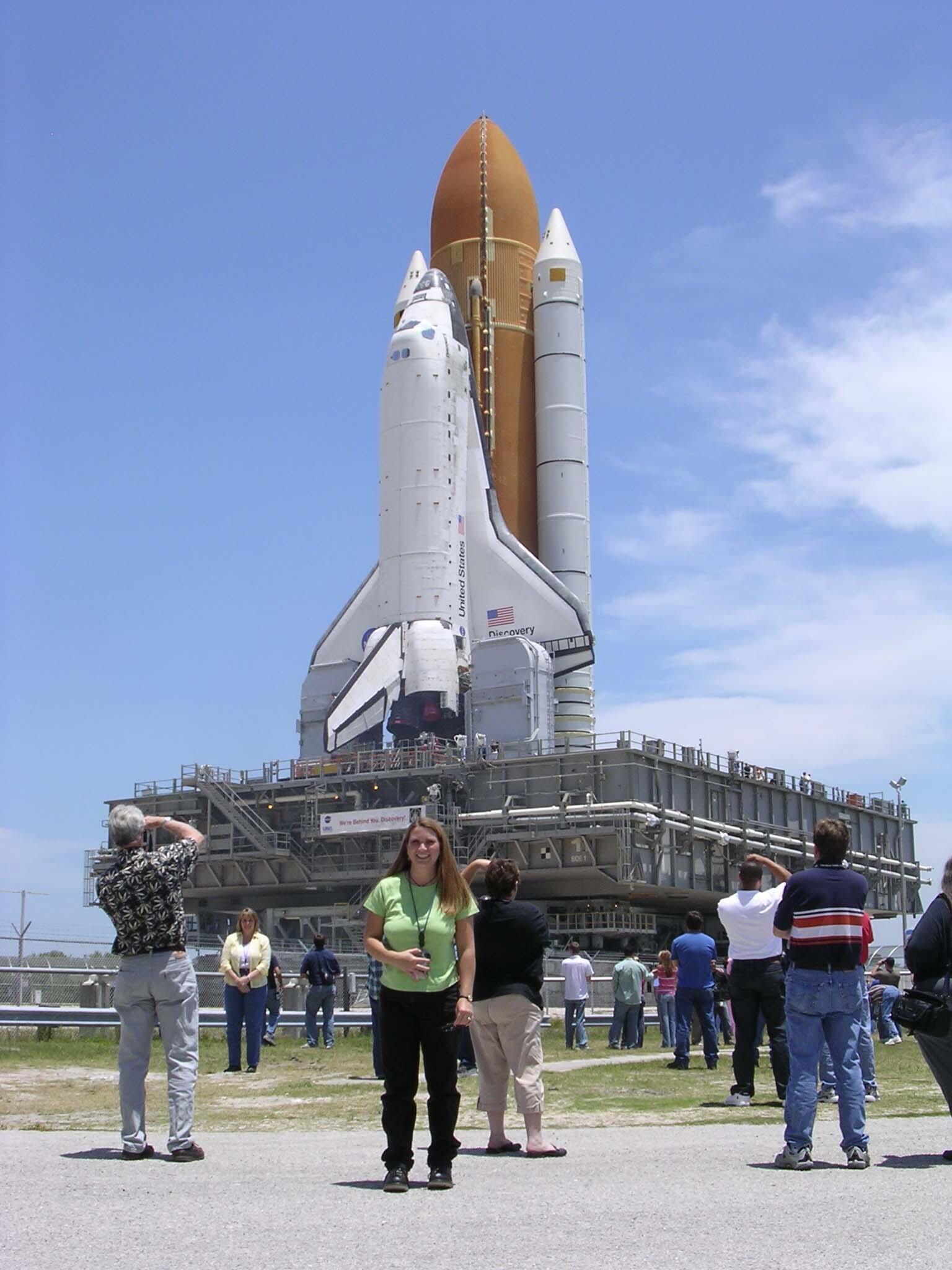 Once the shuttle safely launched, I felt immense pride to be part of the shuttle program, making history. I also felt pride in all these astronauts who had come before me, like John Herrington, the first Native American to fly in space — a huge beacon for the community.

The stigma and discrimination I saw growing up drove me to want to be part of a Native American network. I wanted to educate people on Native culture and share how they contribute to our society.

We started the first chapters of BNAN in Florida and Mesa, Arizona. We partnered with several of the surrounding tribes to do community outreach activities.

Growing up in a small town, I understood how some families who have more money or look more mainstream get an edge in life. The Native American community is just as smart as any other community, they’re just not always given the same opportunities.

For Boeing teammates, it’s the little things we can do to bring more visibility. It may be small on our part, but the impact on the tribe and kids is huge. For example, in Boeing South Carolina, we’ve started an adopt-an-elder program where we offer support for elders in the Edisto Natchez-Kusso tribe.

Since joining Boeing, Kennett has received her PhD in organization and management, worked in industrial engineering and program management in the Puget Sound area. She later transferred to materials management in Boeing South Carolina’s 787 program, where she implemented a process to remove excess parts packaging, freeing up mechanics’ installation time. As part of her efforts, Kennett received Boeing’s Environmental Leadership Award in 2018 and 2019. She continues to advance BNAN initiatives in her community and encourage Native American youth to pursue STEM careers.

Years ago, I remember seeing a poster in the space shuttle program that said, “What do Native Americans look like today?” They had pictures of different jobs in society featuring everyday people.

Natives are all around you. Natives are not always wearing a regalia sitting in a teepee like people once thought.

We’ve come a long way in how people see Native Americans. We’re going to continue to move mountains to make our company and our nation better.

As told to Rosemary Lane

Make an impact with BNAN

Working in collaboration with the Enterprise BNAN Board and Executive Champions, BNAN’s eight chapters provide professional and personal development opportunities, engage in community outreach and inspire Native American youth to pursue STEM careers, and promote awareness for the richness and diversity of Native American and Indigenous cultures. BNAN also serves a resource to help the company further its business goals in a global, multicultural environment.

BNAN will host events throughout the month celebrating Native American culture, traditions and history, which you can join here.